The Unwanted Partner in the Dance

The central figure in the Dance of Death is Death, personified as a male skeleton (or in some cases a group of skeletons) armed with a scythe which is a metaphor for the way in which death severs a person's soul from his body, much like a farmer would reap the heads of corn. In some of the illustrations, Death is also seen carrying an hourglass - a medieval time keeping device - as a symbol of time running out. 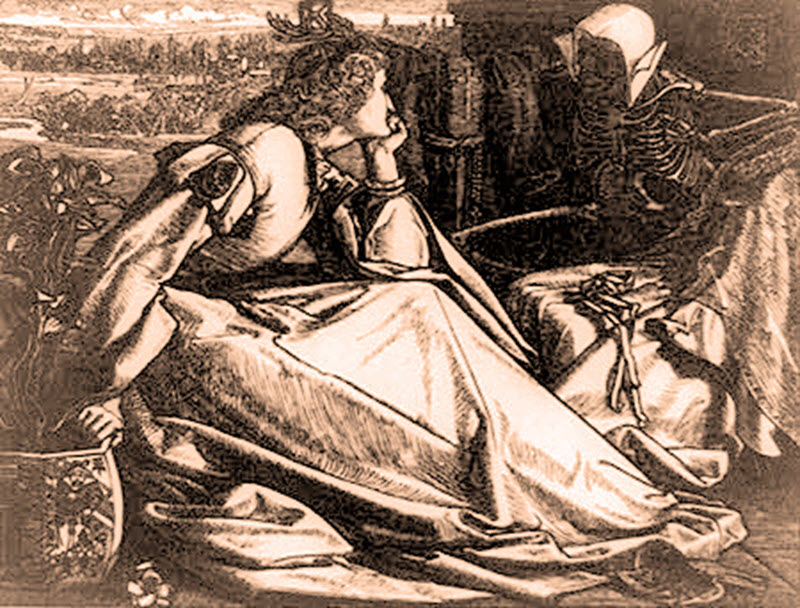 It is a testament to the way in which the Dance of Death shaped European conceptions of death and dying, that both of these images, the scythe wielding skeleton and to a lesser extent the hourglass, have become ingrained in Western European consciousness, and form instantly recognizable symbols associated with death and the transience of life. See also memento mori.

In the Dance of Death, Death is depicted as causing a person's death; in effect reaping their lives. It is not seen as a mere mediator conducting the souls of the departed to the afterlife, but rather as the agent of their demise. In fact, Holbein's series of drawings of the Dance of Death depicts Death as the enemy of humankind, who celebrates when Adam and Eve are expelled from the Garden, because they will henceforth be mortal and thus in its power.

As such, Death is shown as an unwelcome visitor. He summons his victims to the dance, but most of them do not want to dance. They are depicted as fighting him or being tricked into his embrace, as a blind man being led astray. 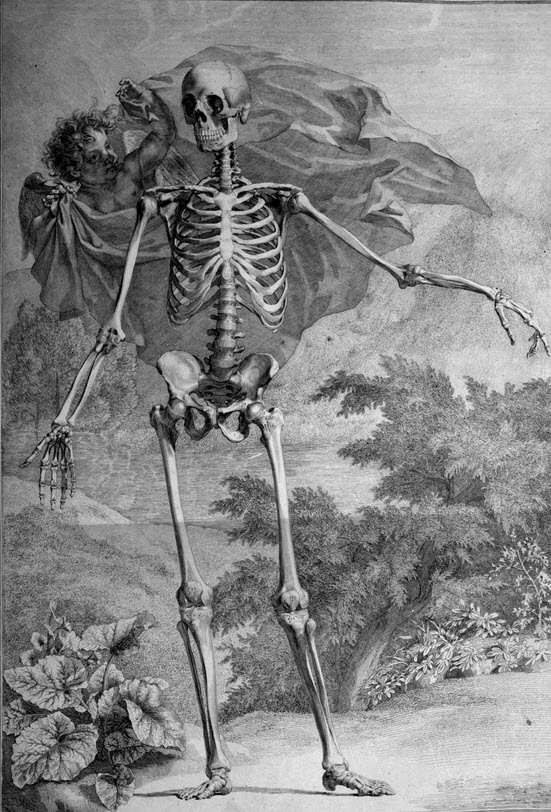 One of the interesting things in the drawings of the Dance of Death is that there are often more than one Death. Sometimes they cooperate in seizing a poor individual. At other times, they can be seen going after separate prey. This conception of Death as one of many is opposed to the more modern conception of a single Grim Reaper, though the imagery of the Grim Reaper as a skeleton with a scythe has not changed much over the centuries.

In most cases, Death (or in some cases the Deaths) is depicted as jolly and happily carrying out its work of ending the lives of humans. It clearly enjoys its work, and has a skeleton smile. It often leads men and women to their deaths to the sound of music, gleefully beating on drums and ringing bells. This must be contrasted with the horrified resistance or pathetic pleading of its human victims who usually do not enjoy the dance at all.

A somewhat unrelated but interesting phenomenon is a real-life Dance of Death, the so-called Dancing Mania which swept through medieval Europe. It's cause remains a mystery. 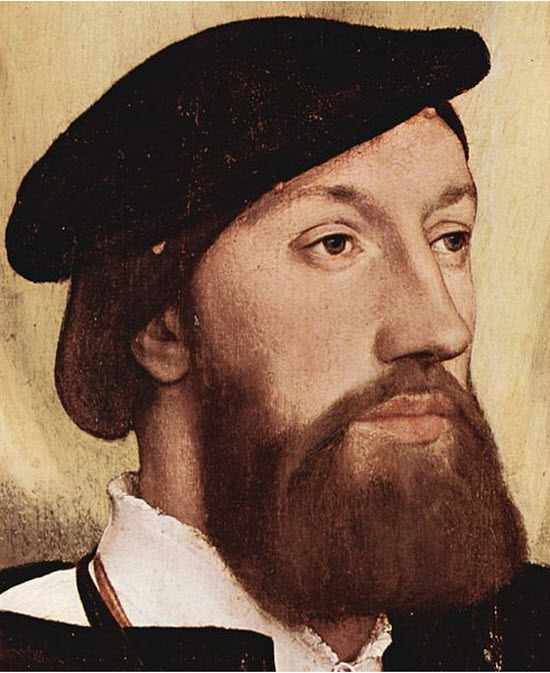 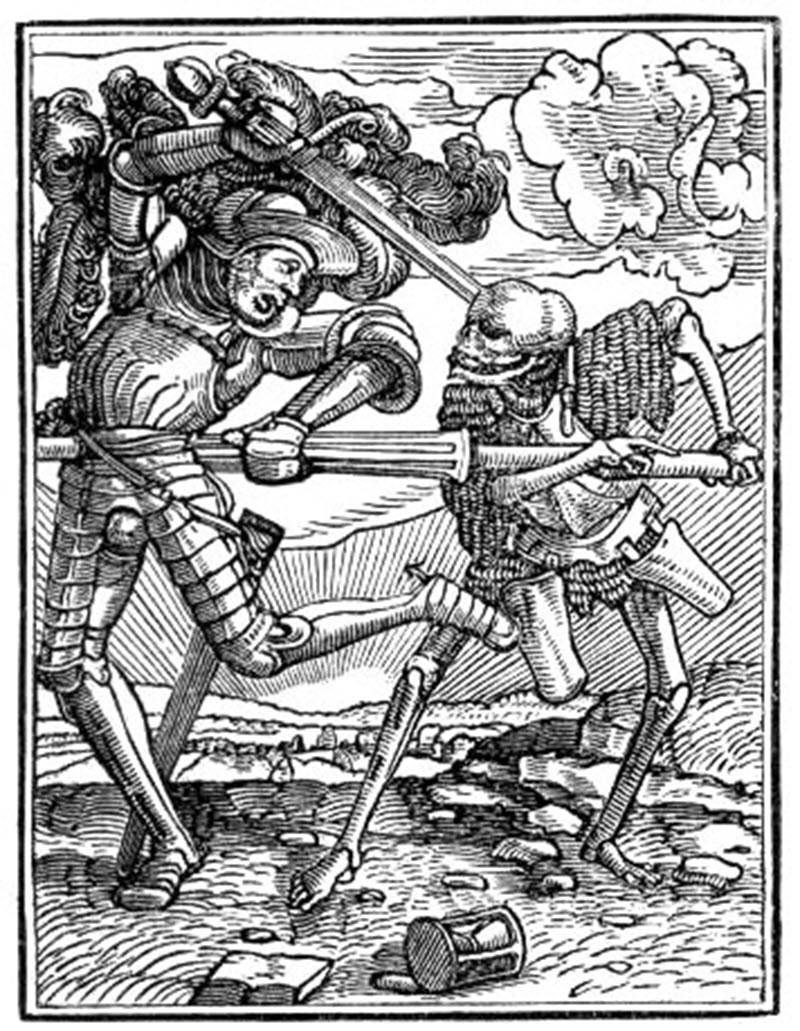