Death and the Maiden

The Interrelationship Between Sex and Death

In this motif, Death is shown as a traditional skeleton but instead of just leading the young woman away in a dance of death, he is depicted as seducing her. Various artists have interpreted the motif differently, but normally Death is depicted as a lover or suitor who kisses and deceives a woman. There may be an unhealthy association made between sex and death, the idea that if a woman yields to lover she is lost.

The theme of Death and the Maiden was first developed during the Renaissance by the artists Niklaus Manuel (1484-1530) and Hans Baldung Grien (1484-1545), and was then revived as a subject during the Romantic period in the arts of the 19th century. The motif inspired Schubert's best known work by the same name.

The concept of Death and the Maiden is clearly related to the Dance of Death. However it more closely explores the mystic and cultural connection between sex and death, between life and non-life. In this sense, it can be found in stories of vampires sucking the life force from attractive young women, where the act of biting the neck is clearly given a Freudian double meaning. 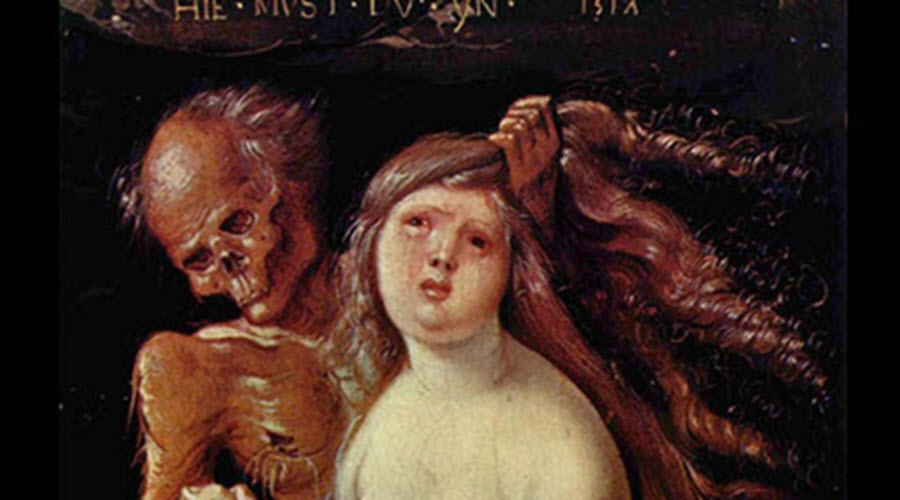 The image that adorns the top of this page is adapted from a medieval painting of death and the maiden.