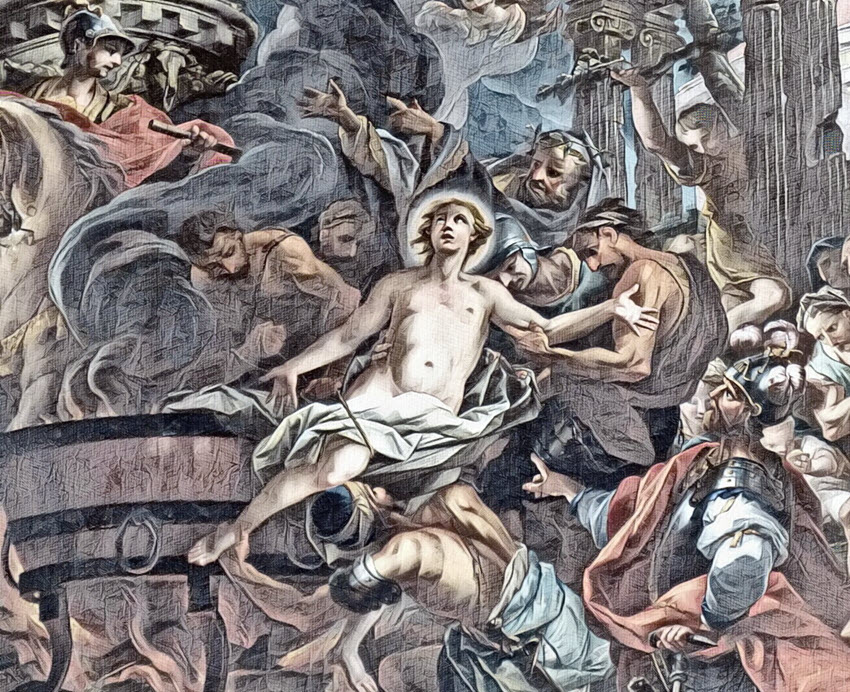 What is the bizarre connection between a Christian saint called St Vitus and the dancing mania of the Middle Ages?

St. Vitus is a Christian Saint who was martyred around 303 A.D., during the Roman persecution of the Christians. He is said to have been a boy of noble birth who converted, around age 12, due to the influence of his nurse and other servants in his parents' household who were Christians. 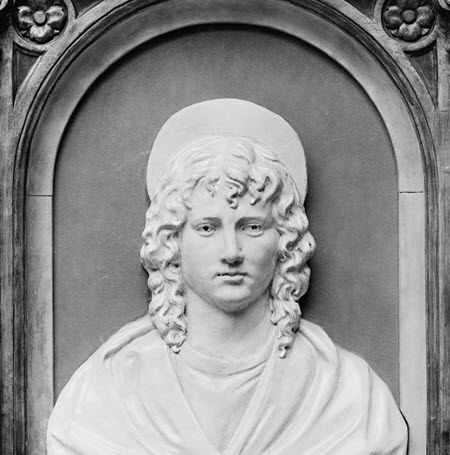 Increasingly bizarre and cruel methods were used by the authorities to get Vitus and the servants to renounce their Christian faith, but none of these methods of torture could sway them and in fact they initially emerged unscathed. Finally despairing of breaking their faith, the Romans put St Vitus and his fellow Christians to death.

He is considered one of the 14 Holy Helpers, a group of Saints particularly efficacious in healing. Although he lived and died in Italy, his bone relics were later transported to Germany where a particularly strong cult developed around him.

For reasons that are completely unclear, he is believed to be the patron saint of dogs, comedians and dancers, and to be particularly effective against lightning and in curing epilepsy and chorea, a medical condition that produces uncontrolled dance like spasms, and which is also sometimes called St. Vitus's dance.

The connection between St. Vitus and the dancing mania disease by the same name is obscure. What is known is that for reasons unknown, people in Germany would dance before the relics of St Vitus in the belief that this would lead to cures. They would dance with such uncontrolled frenzy that they were often mistaken as suffering from the dancing mania known as chorea, though this was not the case. In a sort of reverse association, the dance like spasms associated with chorea came to be associated with St Vitus's dancers and as a result he became the patron saint of this disease as well. The English Glossary of Causes of Death and other Archaic Medical Terms says:

The name of St. Vitus' Dance was given to this affection, in consequence of the cure produced on certain women of disordered mind, upon their visiting the chapel of St. Vitus, near Ulm, and there dancing from morning till night. [Hoblyn1855].

Interestingly, St Vitus dance is also sometimes called St. John's Dance, and the first outbreak of the dancing mania occurred during the festivities associated with St. John. This may suggest that the insane and uncontrollable dancing that swept through large regions of Europe during the middle ages may have been a sort of religious ecstasy or frenzy.

Some have speculated that the dancing mania which swept Europe in the Middle Ages may have had some connection with St Vitus's dance, either as a form of chorea, or as a form of hysteria connected with the bizarre dancing rituals associated with this Saint. Which goes to prove that history is both murky and bizarre.

There is a heavy metal band called St Vitus.