Some Illustrations from Rowlandon's Dance of Death 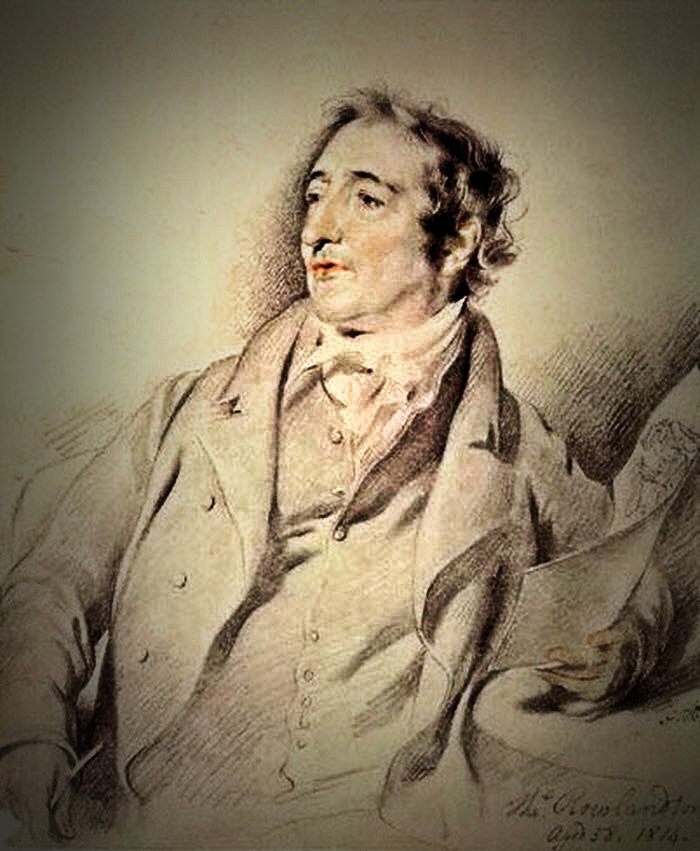 Thomas Rowlandson (born July 14, 1756 - died April 21, 1827) was an English illustrator and caricaturist. Born in London, the son of a merchant, Rowlandson moved to Paris at age 16, with an uncle, where he entered the French Academie Royale of Art, under the sponsorship of Pigalle, the famous French sculptor. After completing his artistic education, Rowlandson returned to London but continued to make frequent trips to the Continent which he used to enrich and build his sketchbook of character studies and drawings.

By the time he was 22, Rowlandson was enjoying artistic and financial success as a portrait painter. It is likely that he would have continued in this line of work if not for the death of a French aunt, which resulted in Rowlandson inheriting the substantial amount of money. Rowlandson used this inheritance to bankroll an attempt to become a professional gambler, but he lost all of his money and was ruined financially.

Rowlandson focused on illustrating and lampooning aspects of everyday life and society, and for the most part stayed away from political issues or commentary. However, around 1790, he began drawing and developing the cartoon character named John Bull, an allegorical personification of England, which served as patriotic political propaganda during England's long rivalry with France. His work on John Bull coincided with similar work by the artists George Cruikshank and James Gilray, who also contributed to the development of the John Bull character.

The English Dance of Death 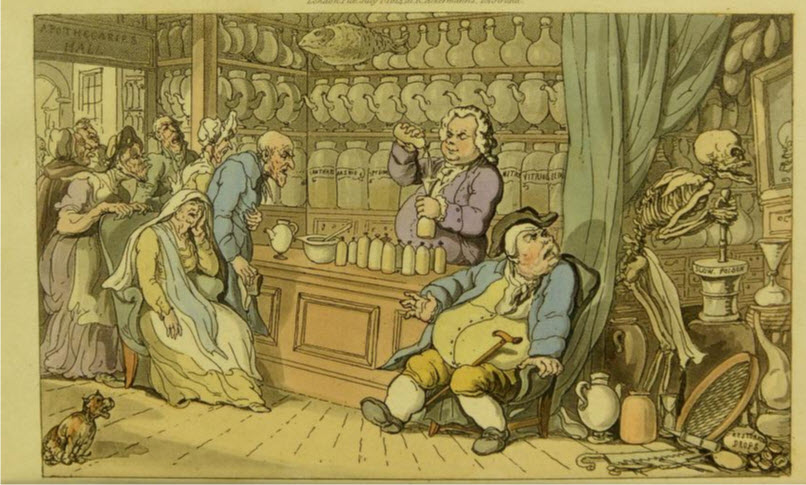 The Quack Doctor: Death Is Busy Mixing the Potions Which the Gullible Patients Will Buy

Rowlandson is connected to the Dance of Death genre as a result of his illustrations for a book called the English Dance of Death, which was published in installments between 1814 and 1816. These drawings borrow the familiar motif of the Dance of Death, namely the personification of death leading unwilling or unsuspecting persons from various social classes and conditions to their death, but applies them to British situations and stereotypes. 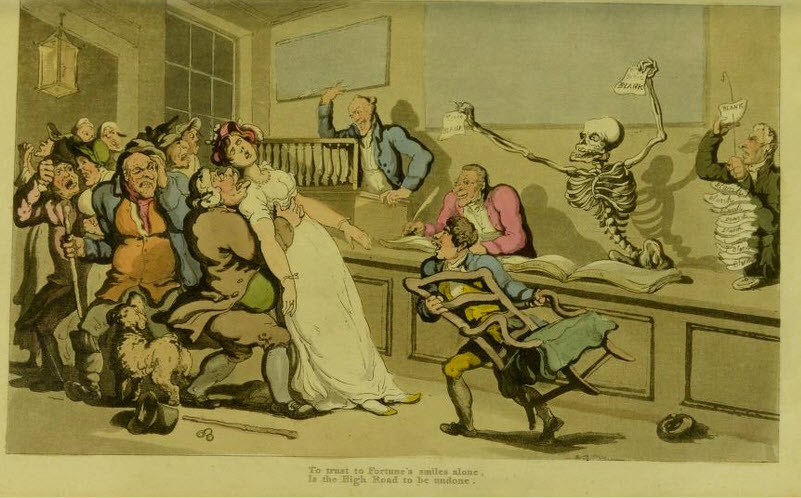 To trust in fortune's smiles alone/ Is the High Road to be undone.

Although Death is ever present in these drawings, Rowlandson's Dance of Death differs greatly from that of Holbein or earlier artists. The situations are of course different, reflecting British society in the early 1800s, but Death also is different. Rowlandson's Death appears cunning, sly, mean spirited, but rarely jolly. Despite the title, there is very little actual dancing in any of Rowlandson's drawings.