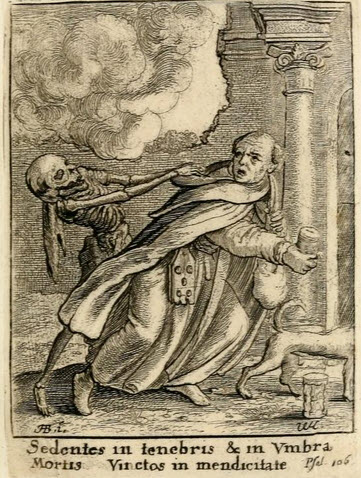 NOTE: see https://commons.wikimedia.org/wiki/Category:Danse_Macabre for a large collection of various dance macabre's which can be harvested

May 3, 2021 -- Converted site to SSI by forcing redirect and also adjusted links to the CSS accordingly.

May 17, 2020 -- Converted th pages on Hans Holbein and on Death to the new format. Next have to convert all of the gallery pages (have already converted the first ten).In doing the conversion enlarge the images and also create back and forward links to each image in the gallery. Also added a new updated sitemap.

May 15, 2020 -- Suppressed ads on the Death and the Maiden page for fear that google will penalize me for content.

May 9, 2020 -- Built a new more mobile friendly template and began applying it throughout the site. Added new content to existing article pages by lengthening them and inserting new images. Some images were modified from their historical source materials using lunapic.com just to give Google bot some new content to detect. Changed adsense to let Google pick size and placement for me. We shale see if that makes a difference.

February 25, 2017 -- Revamped the front page and other sections. Fixed some meta tag errors. Added a page about Death and the Maiden.

October 16, 2016 -- Added article about Thomas Rowlandson. Switched over to asynchronous ads because the responsive ones suck

November 14, 2015 -- added an article about the influence of the dance of death on modern culture.

November 11, 2015 -- added an article about St. Vitus and his connection to the dancing mania.

October 21, 2015 -- Improved wording of the front page. Converted several pages to a modified universal bootstrap template. Added an article about the personification of death and also about the Dancing mania, as well as an article on the development of the Dance of Death from its origins in an actual medieval dance to later being mainly the subject of visual arts such as wood engraving.

October 11, 2015 -- Added about 50 pages of content including a gallery of the illustrations of the Dance of Death by Hans Holbein.

October 10, 2015 -- converted most of the site to a responsive mobile friendly template. Split the index page into two new pages

February 6, 2014 -- Harvested images of Dance of Death. Set up a basic template